There’s a buzz in the air in Boston, because our team is in the World Series!  Anyone who knows me well will laugh when reading this because they know that baseball really isn’t my thing and usually I don’t know who, what, when or where the World Series is.  In all honesty, I can’t bear to sit still for more than 20 minutes, let alone 3 + hours to watch a baseball game where players don’t seem to do anything but spit, and they each make more money in a year than I will ever see.  But this year seems a little different, because the Red Sox went from worst to first in one year, and the team seems like a bunch of really good guys.  I still can’t really say I know more than one or two of their names, but I’ve seen their faces promoting various charitable causes, and I’m really enjoying their strange beards, and I especially love their un-cocky, one day at a time attitude.  It’s something we can all use more of.

So in honor of the World Series, and for anyone who wants to watch and eat, and feel like they’re really at the ballpark, I created a health(ier) version of Cracker Jack – the kind of caramel corn.  I added some dried apples instead of a prize, because who doesn’t love caramel apples? 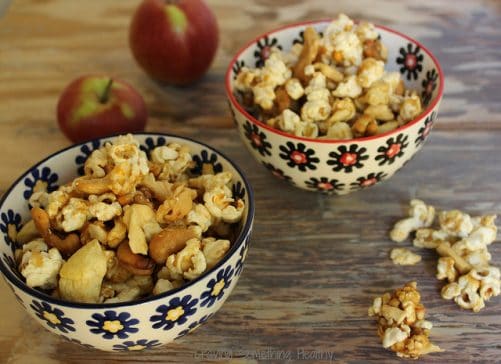 This recipe is super quick, because it’s made in the microwave.  You could whip it up between innings.  Also, I don’t care much for peanuts, so I added cashews instead, but feel free to use peanuts if you prefer them. 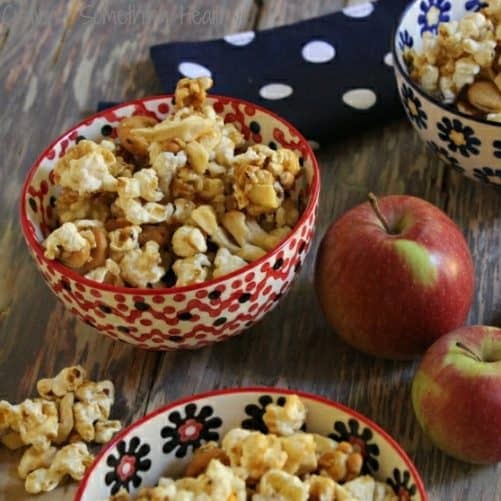 Go Sox!  Who are we playing?  Just kidding!! 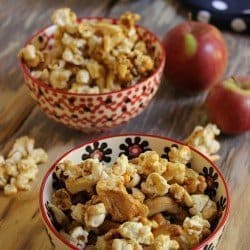 Microwaves will vary, so keep a close eye on this as you are cooking. If corn does not crisp up, put it back in the bag and microwave for another 30-45 seconds. Best eaten the same day.