A beanier version of the three bean salad you know and love – because this is the easiest and most delicious way to eat more pulses.

It’s the 21st of the month, which means it’s time for another Recipe ReDux post.  This month’s theme is
First Cooking Recollections – and we were asked to share a story about one of our first cooking memories.  Funny thing is, I can’t remember a first cooking memory, and I guess that’s because there was always something cooking.  We rarely got takeout, but I’m thinking back to the ’70s (yes, I’m super-old), and I don’t even think take-out was a thing then.

We were one of those families who always had dinner together, when my dad came home from work on the same train from downtown Chicago, at the same time every night.  Once in a while, we’d go out for Chinese (as a family) after mandatory Saturday mass, but more often we’d come home and make pizza.  We each had a job – dough roller, vegetable slicer, Italian sausage fat remover, and I recall often being the cheese grater.  I had to use an actual stand up cheese grater, because it was the ’70s and there was no such thing as pre-shredded cheese, and the food processor was still a brilliant idea in its inventor’s mind. 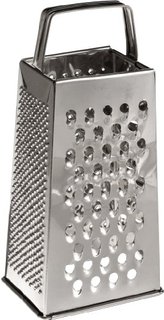 Oh, how I hated that cheese grater.

My mom always cooked, but probably like most cooks in the ’70s and even much of the ’80s, she experimented with lots of  “convenience foods”.  Our meals were chock full of ingredients like:  Campbell’s cream of chicken or mushroom soup; Cheese Whiz; Velveeta; Uncle Ben’s Minute Rice; frozen mixed vegetables; Lipton onion soup mix; Pillsbury crescent rolls (with hot dogs and American cheese); Jello-O, and Dunkin Hines cake mixes.

My all-time favorite meal – which I still made when I got out of college, was “Alpine chicken”.  If you’re of a certain age, you may remember:  boneless , skinless chicken breasts (they were still a new thing back then) topped with sliced swiss cheese, which was topped with cream of chicken soup mixed with some of that cooking sherry that came in a small bottle, and then finished off with Pepperidge Farm stuffing mix and baked until it’s oozy and delicious.  Oh Lord, that was good!

You’ll be happy to know that today, my mom cooks mostly plant-based meals, with lots of whole grains, sometimes a bit of fish, and there isn’t a can of Campbell’s soup in sight.

This bean salad recipe is actually one of the recipes she included in the cookbook she made for me when I got my first apartment, and even though it’s an old recipe, it’s a pretty healthy one.  I boost the beans from the original 3 bean, to a total of 5 beans – because all beans, or pulses, are so good for you!  I also cut back the sugar a bit and use olive oil instead of the original corn oil. It’s a side dish staple in our house from early spring until late fall.  For some reason, I never think to make it in the winter, but maybe that should change. 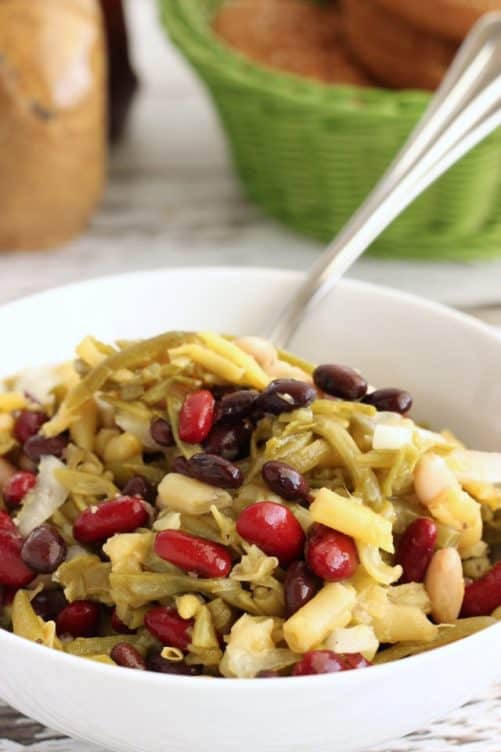 If you’ve never made a bean salad, you won’t believe how easy it is.  Just rinse your canned beans, throw them into a bowl with a sliced onion, and pour the dressing over.  It will last for several weeks in the refrigerator, and it tastes better the longer it sits.  It also doubles nicely for a cookout. 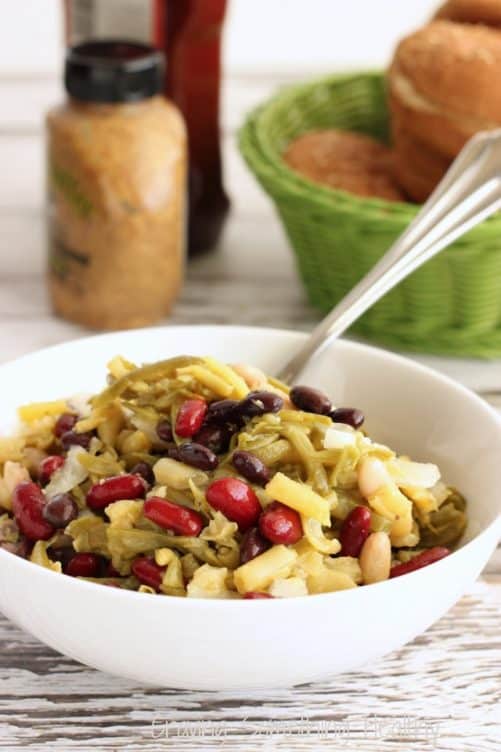 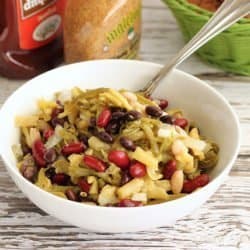 Store leftovers for up to 2 weeks in the refrigerator.
Did you try this recipe?Tag @CravingSomethingHealthy and show me!!

Did you grow up cooking or eating out?  Have your parents cooking habits changed for the better?

Don’t forget to visit some of the other bloggers listed below to read about their cooking memories.